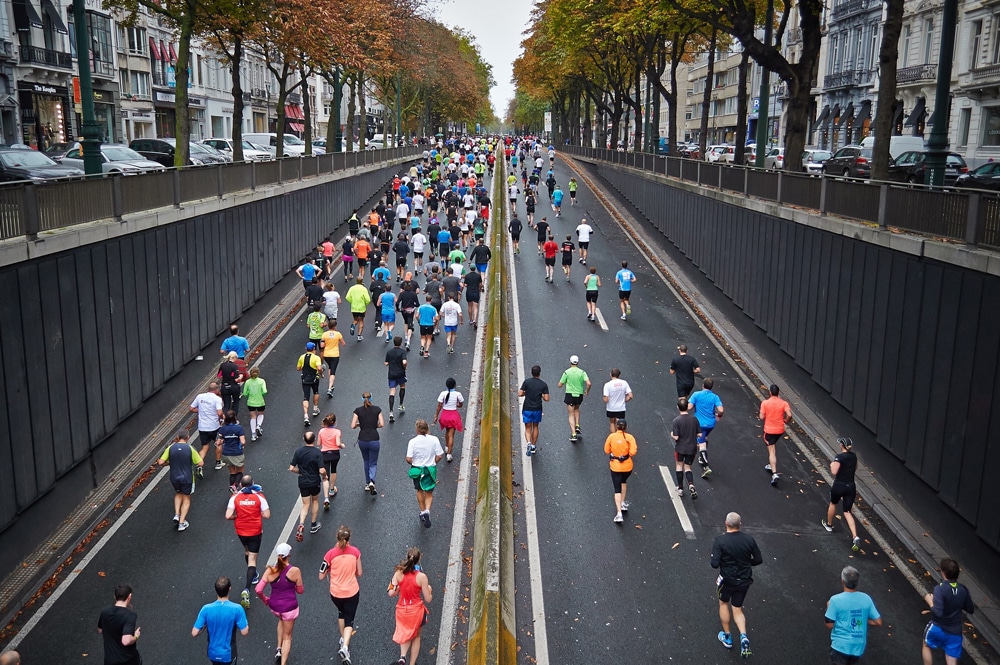 If you’ve just had the good news that you’re one of the lucky few who got a place in the London Marathon 2020 or another Spring marathon, you might be having mixed feelings at the moment, especially if it will mean running a marathon for the first time. Elation followed by doubt. Joy followed by utter panic.

Don’t panic, you’re not the only one – welcome to the ‘Marathon Runners’ club. You now have access to some closely guarded secrets about what it’s actually like to train for and run a marathon. Here are a few to get you started. 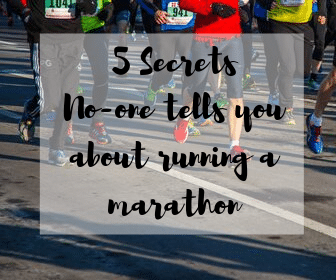 1. Be prepared to become obsessed with running

Like a meercat, your head will pop up whenever you hear the words ‘running’ or ‘marathon’, and you won’t be able to control yourself. As you get deeper into your marathon training, you may find it difficult to communicate with ‘Rungles’ – that’s non-runners – as you find that you can’t talk or think about anything else.

You will find yourself eyeing up other runners and their gear. You may find yourself drawn towards sports shops and unable to control yourself from buying new trainers.

Top tip: Cancel all your credit cards. Designate a friend who is willing to physically restrain you at some point.

Many seasoned runners will admit they neglect other forms of training. They just want to run and that’s all they do. Unfortunately, this continuous repetition of the same movements is the perfect recipe for injury.

As part of your marathon training, you should include a variety of crosstraining (doing other activities such as swimming or cycling), strength training and flexibility/stretching.  Along with avoiding injuries, mixing up your training will also keep things more interesting.

Top tip: If you’re having running withdrawal symptoms while you are not out running, try listening to a podcast about running or make a playlist that includes only songs with running in the title. Just don’t run.

3. Take care of your feet

Long-distance running will inevitably mean that your feet become so awful that they make babies cry and grown men faint. Your ailments could be one of many from black toenails, blisters, hard callouses or bits of skin that come off in huge chunks after a shower. It’s all part of the fun and you didn’t want to wear sandals anyway.

Top tip: Flip flops and ballet shoes are really bad for your feet and can cause injuries due to the way you flex your toes to hold them on. Trainers are much prettier anyway.

4. Listen to your body

Rest and recovery are key parts of your first marathon training. Running for extended periods puts your body under a lot of strain and it’s important that you give yourself adequate time to recover.

You should also not push yourself too hard or put yourself under too much pressure. If you’re feeling ill, give yourself break and recover. One symptom of ‘overtraining’ is getting continuous colds and other minor ailments. It’s your body’s way of telling you to rest – make sure you listen.

Top tip: Rather than scrolling through Facebook getting annoyed at those other lucky people who are bragging about their runs, why not shock your loved ones by putting on some non-running clothes and enjoying a bit of rest and relaxation?

Did you sneeze? You must have flu. Did you cough? Uh-oh, you’re getting ill. Did your foot twinge? Was that a back spasm?

As your event approaches you will start to panic that you’re going to get ill or injured and it is going to ruin all your training. This will definitely happen, so best you and your loved ones are prepared for it.

Top tip: Find a way to avoid situations where you might have to mix with ‘normal’ people or ‘Rungles’. They might make you ill and most likely bore you with their talk of things other than running. 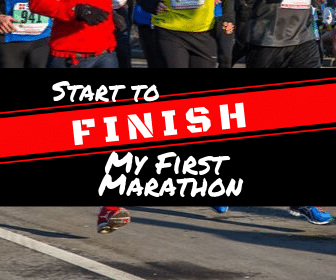 Georgie is a seasoned marathon and ultramarathon runner. She is an England Athletics Running Coach, personal trainer and fitness class instructor.

Georgie signed up for her first 100K ultramarathon in 2016 with only a half-marathon distance under her belt and a lot of nervous enthusiasm. She has a special skill for running and eating sandwiches and, every now and again, swears that she won’t do any more long-distance running…She is currently training for 106K ultramarathon around the Isle of Wight.