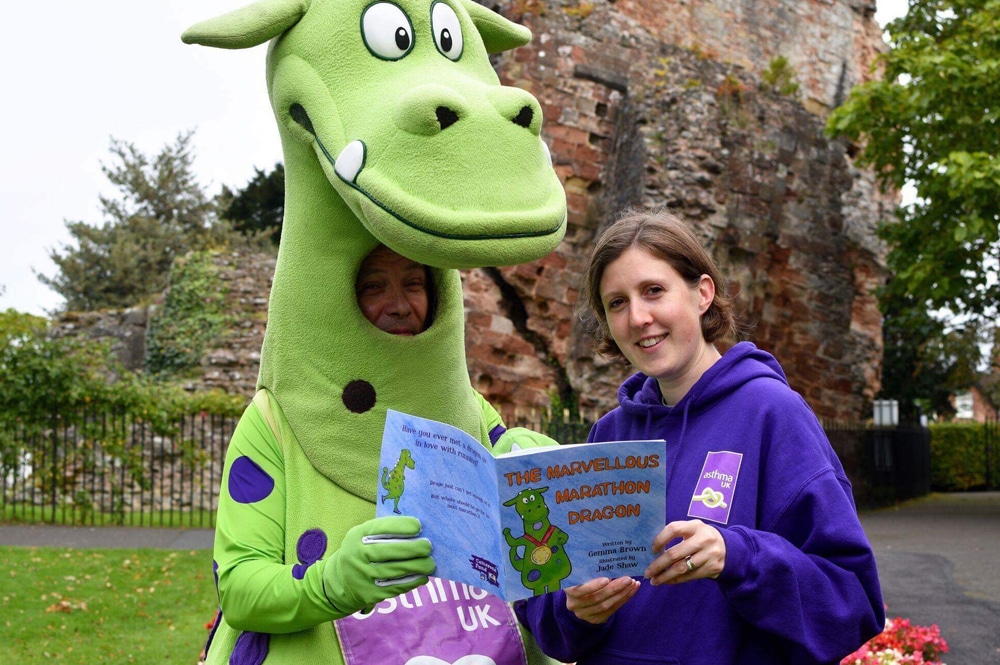 Almost seven years ago, I had my first experience of running. I had travelled down to London with my husband to watch a friend in the London Marathon. He was running for asthma UK in memory of my son Cameron, who was just two when he died from asthma.

We managed to get tickets for the grandstand overlooking the finish line on the Mall. I was full of excitement and raw emotions. I witnessed runners bursting with pride as they sprinted towards the finish line.   I saw runners struggling in the latter stage of their race, some even fell over and were scooped up and helped to the finish by fellow runners.

It was then, through the tears, that I decided that I wanted to take part in this epic challenge. I only wanted to do it once and for something special such as 10 years. It really would be huge challenge for me.  I don’t enjoy sports and had avoided PE at school whenever possible. I couldn’t even run for a bus, but I added completing the London Marathon at the top of my bucket list.

It was a few more years before a plucked up enough courage to put on my trainers for the first time. I had now had my third baby, another severe asthmatic, who enjoyed his stays at the local children’s ward. His health improved steadily and he gave me even more determination to raise money for Asthma UK in Cameron’s memory.

Luckily, a local running club were advertising a Couch to 5k programme. It was just what I needed. I soon realised that running would never come easily to me. I’m not a natural runner.  I knew I would always be near the back but I was out there doing it!

In 2015, I completed my first 5k at Parkrun.  I was overwhelmed by the support and the sense of community there. Then in 2016 I started to look at completing 10k events.  I still found running a struggle but saw achieving 10k as an important stepping-stone in my marathon journey.

It was at this time I found the Run Mummy Run community and its’ wealth of information and unconditional support. I came to realise that it really didn’t matter if I was slow, there were plenty more steady runners out there and we should all be proud of our achievements!

During 2017, I moved up to Half Marathons. I completed 3 and was even able to walk the next day if didn’t involve stairs! I read every Facebook post on running with interest. Through trial and error, I found the right gels for me, the right socks and the right recovery methods (most of which I never heard about before).

As well as wanting to complete the London Marathon I also had another dream. After completing a Children’s Literature degree, I had decided that I would one day write a children’s book. In no time at all, I had my story. My book would be about a dragon with asthma and his love of the London Marathon. A long journey began, as I delved into the unknown world of copyright, illustrations and sales.

I’m proud to say that in October, for Cameron’s Birthday, I launched my Marvellous Marathon Dragon Book.  It gave me just the boost in confidence I needed to crack on with my marathon training.   The countdown to my marathon continues and so far training is going well.

The book is about the Asthma Dragon’s love of the London marathon and is perfect for you to share your love of running with your children or grandchildren.

The book raises money for Asthma UK £4.50 out of the £6 price for the book is for the charity.  You can buy The Marvellous Marathon Dragon from www.marathondragon.co.uk