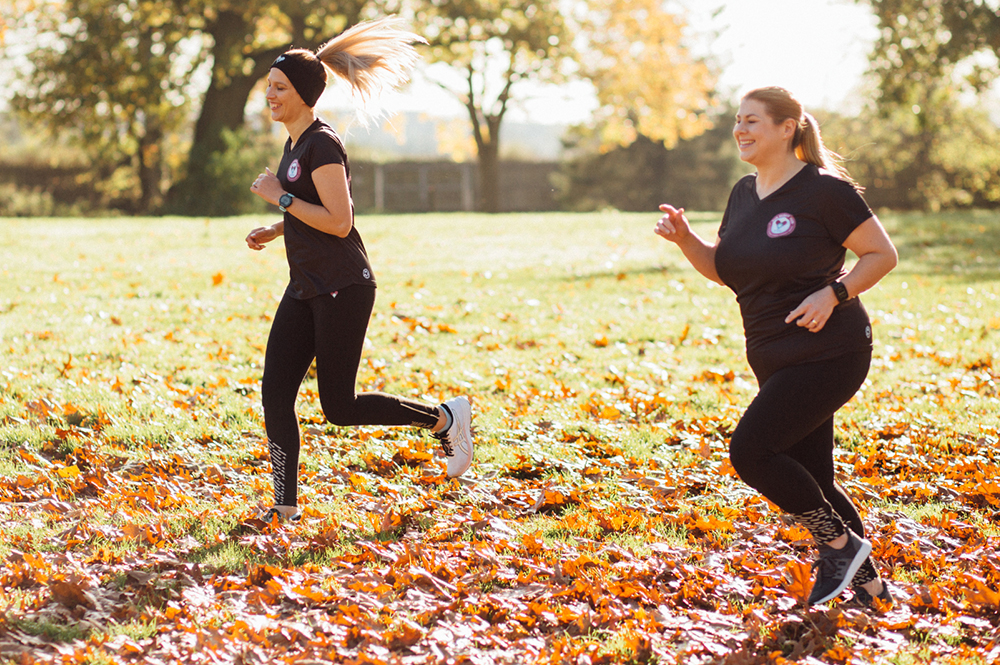 When Leanne Davies, enthusiastic runner and mum of two young boys, sat down in her kitchen and created a small Facebook group for herself and two friends, she never once imagined that this would be the start of something quite amazing.

Run Mummy Run (RMR) has grown and grown since that first spark in 2012. Back then, there was nothing quite like RMR; it plugged a gap for women seeking reassurance, confidence, support, motivation and advice about running from other women with shared experiences. Nearly 8 years on, RMR is still the leading online running network for women who run, bringing together a collective group of over 120,000 women with a passion for running. Our mission statement is built on an ethos of kindness and inclusivity, embedded in our heritage and growth.

The growth of a community

Leanne Davies was a runner before becoming a mum, including running a marathon in 2008. She found it difficult to keep running regularly, particularly after having her second baby. She needed the motivation and support of others to get her out the door, but it was hard to commit to fixed running times, and local clubs clashed with bedtime routines and family requirements.

Frustrated and in need of a boost, Leanne sat down with a coffee in her kitchen and created a small group on Facebook (of just three women!), where she and local running mums could ping a message to each other to arrange a run or give support. It wasn’t called Run Mummy Run back then; it was ‘Mums on the Run UK’. Leanne’s friend Wendy Roper-Knight was the very first member.

“I’m proud to have been a member of RMR since the very beginning. I met Leanne through a website called ‘Jogging Buddy’, which I’d joined to find other local people to run with. I’d unfortunately had a bad experience with the local running club, so I was keen to find some running buddies. Leanne and I would meet up and go for runs once or twice a week around the local area. We’d chat about getting a local group of mums together who liked to run and would like to be able to contact each other and go out running. Leanne took this idea, created a Facebook group and ran with it. We introduced each other’s friends and a little group was formed.” Wendy Roper-Knight

The name we know and love was born in September 2013, inspired by the motivational placards held up by children cheering on their mums in races. By this time, the Facebook group had started to attract women from all over the country and was growing rapidly. Leanne was juggling work, parenting and Run Mummy Run – it was clear that this was the network that women runners needed.

The social side of Run Mummy Run

It was also clear the Run Mummy Run community was a social bunch, so plans were made for the first-ever mass Run Mummy Run social event. In a pub in a London, women gathered from all over the country to chat everything running. Despite the community being online, everyone laughed, swapped stories and shared a drink like old friends. The event featured the first pop-up shop, with a simple black technical running t-shirt featuring the Run Mummy Run logo – it was an instant sell out!

Guest speaker of the day was one Joe Wicks – now PE hero of the nation and The Body Coach – who came straight from competing at a London-based obstacle race to have lunch with the community and chat all things nutrition and hydration.

“Meeting the ‘sole sisters’ at the first gathering in central London, and then attending the first Run Mummy Run retreat was incredible and amazing.” Tinu Ogundari

From this first event, it was clear that Run Mummy Run was turning into an online phenomenon, with membership growing at an extraordinary rate. By 2014, a pub in London just wasn’t going to do the trick! So in the summer of 2014, Run Mummy Run took over The Belfry Hotel & Resort. With running, training and fun skills, a mass parkrun, a dinner and a lot of dancing, it was a weekend that cemented everything that RMR was and needed to be. The Run Mummy Run retreat was repeated again in 2015, with guest speaker Amy Hughes who ran 53 marathons in 53 days.

“One of my best memories is the first RMR retreat to The Belfry, meeting all the lovely ladies in the flesh, running and partying with them all!” Clair Ramsden

Run Mummy Run continues to have social meetups, mainly organised by regional teams. At major races, you can find RMR women meeting up, cheering from the sidelines and giving endless support. There have been parkrun volunteer takeovers, social events (sometimes with no running at all!) and inspiring tales of women who have found each other and run together. Our huge cheer squad at the London Marathon is there every year from early in the morning when the streets are quiet until the last runner passes, handing out sweets, hugs and support. The community has even travelled the world, taking part en masse in the Limassol Marathon weekend in 2018 and again in 2019.

“I’ve met so many amazing women through RMR, both in my local running community and at running events and meetups across the UK. From parkrun to Thunder Run to marathons, I love a bit of RMR kit spotting and have made many new RMR friends while also meeting up with virtual friends in real life. RMR was even with me on my wedding day!” Melanie Gearing

Kitting out a community

RMR really started to ramp up after that first retreat in 2014, as news of the community spread. Friends invited friends who invited more friends. The demand for Run Mummy Run kit was getting big, as community members wanted to be able to spot each other when out and about (the famous #RMRSpot). At this time, Leanne was taking orders manually via email and messages, receiving payment via PayPal, and packing and sending everything out herself, with the help of her family.

The launch of the very first RMR website, then called RMR Kit Stop, was a welcome step, at least dealing with the processing and payment of orders. Kit was still stacking up in the dining room and being manually packed.

In 2016, the shop started to use a fulfilment centre for the first time, which made it possible to order in more stock. Lisa joined as the Shop Manager, having previously been a Community Ambassador, and the range of kit and styles starting to expand. The website was changed away from RMR Kit Stop, and became a one-stop hub for Run Mummy Run, with blogs and advice, alongside the shop itself.

Over the years, there have been some real standout kit items. That very first black t-shirt in 2013 is now a highly covetable rarity. The famous Run Mummy Run socks – brightly coloured compression socks – could be seen at every race going!

By the time the National Running Show launched in January 2018, Run Mummy Run had passed over 50,000 core community members in the main group alone. There were also regional groups formed to help ladies meet runners in their local area, creating long-term friendships and running buddies. It’s fair to say that Run Mummy Run took over the National Running Show that first year. You couldn’t move for spotting one of our bright turquoise hoodies or bobble hats!

The National Running Show 2018 also saw the launch of the official Run Mummy Run book, written by Leanne and Lucy Waterlow. It was an overwhelming moment for Leanne, as hundreds of community members lined up to get their copy signed in person.

The last couple of years has seen a lot of hard work behind the scenes and in the community. Run Mummy Run is more than just one woman, Leanne, at her kitchen table. It’s now run by a core team – who deal with everything from managing the community groups, to the marketing, social media and the shop – and a huge and loyal team of volunteers who are hugely supportive and dedicated.

We revamped our logo and branding in 2018, to help better reflect the amazing community of women that we represent. We also now have more than just one group – there is the original Run Mummy Run community, 12 regional groups, a pre-loved group and a sister group called The Healthier Track, which focuses on women’s health, wellbeing and nutrition.

Further exciting advances came along in 2020 when Rebecca (Becs) Richardson joined Run Mummy Run as a Director. This was to help support the community in order to keep it free for everyone as it continued (and continues) to grow. Becs has over 28 years’ experience in the sports industry and has been actively involved in many projects, making a difference and connecting people. Having worked together for over three years, and with their beliefs and values very much aligned, Leanne and Becs knew it would be a perfect working partnership for Run Mummy Run, the future, the team and the community. They went on to co-found The Healthier Track in the summer, a growing Facebook community that supports women in all aspects of their health, happiness and wellbeing.

When Leanne was asked recently, she said: “The future of Run Mummy Run and The Healthier Track are incredibly exciting and our support of the community, to develop our offerings and to keep it free for everyone is our priority. Becs’ position alongside me helps support the business, the team, partners, our growth and the heart of it all, the community.”

With the help of our amazing Family Partners, Run Mummy Run is continuing to grow, and to be able to support and motivate more and more women to run. We have a long heritage stretching back to 2012, but the core values and what we represent remains the same as it always has.

Follow the Run Mummy Run community on all our channels, to connect with likeminded women.