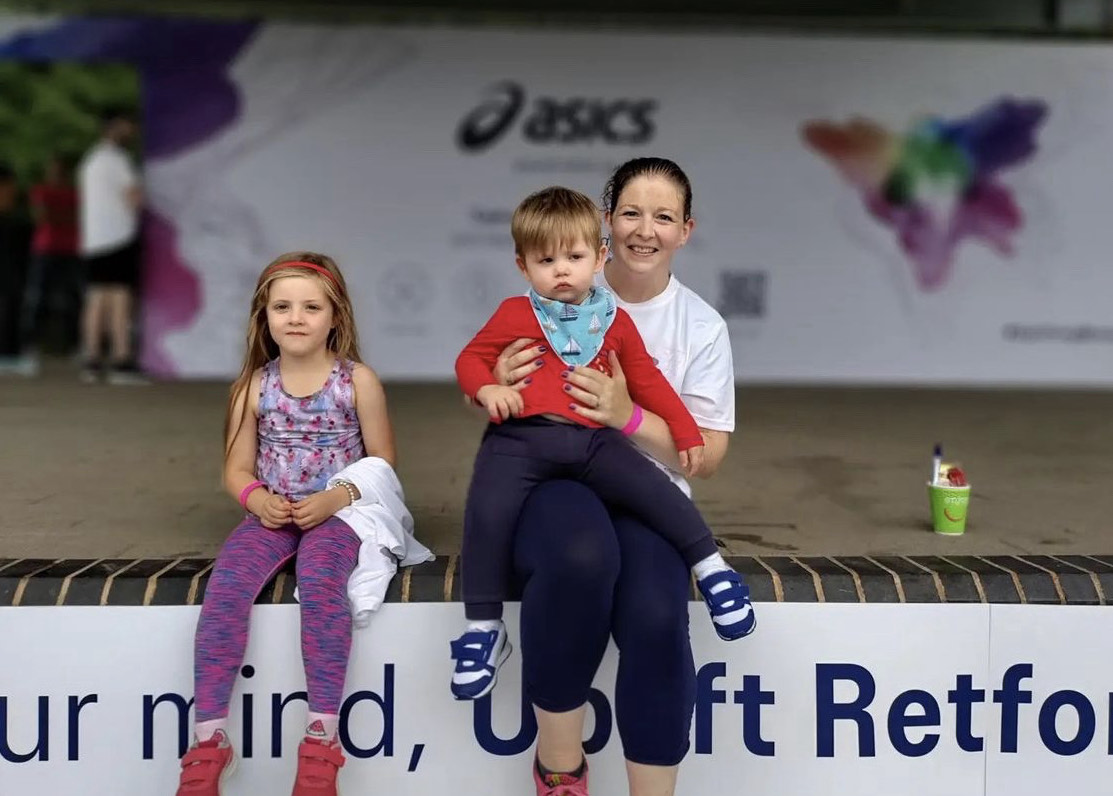 The quiet town of Retford in Nottinghamshire has been transformed by ASICS in an experiment to measure the impact of movement on the mind.

In the lead up to World Mental Health Day, ASICS, together with the support of mental health charity Mind, transformed the UK town of Retford into “Upliftford”. The experiment demonstrated the power of movement to uplift the mood of a town, with residents recording a mental uplift of 27%.

To help improve the mood, ASICS transformed the streets of Retford into a movement-inspired gym. Along an Uplift Route, bus stops were turned into ‘bus steps’, benches into ‘bench presses’ and lampposts into ‘goal posts’ with Retford residents moving together to improve their mood. Residents were joined by mental health advocate Katie Piper and invited to measure the impact of movement on their mind using the Mind Uplifter TM. tool.

After the day’s events, the experiment showed that Retford residents experienced a mood uplift of 27% with the town’s score increasing from 56 out of 100 to 71 out of 100. Dr. Brendon Stubbs – a world-leading expert on movement and mental health – oversaw the research project.

Event host Katie Piper said: “I had a brilliant day in Retford and I was really touched by people’s willingness to share their stories of how exercise has helped them during the last 18 months. I’m a firm believer in the power of exercise to help boost my own mental wellbeing so to be able to see the uplift on a town was really powerful.”

Gary Raucher, Executive Vice President, ASICS commented, “We have championed the positive impact of sport on the body and the mind for over 70 years. It’s why we are called ASICS – it’s an acronym from the Latin, Anima Sana in Corpore Sano or a Sound Mind in a Sound Body. The results in Retford really demonstrate the power of movement to have a very significant impact on our mental wellbeing. We will continue to shine a light on the role of movement to help people feel better and support the fantastic work of Mind who is fighting for better health.”

Dr. Brendon Stubbs, who oversaw the experiment in Retford, said, “The experiment served to investigate whether movement can have a positive impact on the mind. In particular, we took on the bold aim to uplift the wellbeing of a whole town, at both an individual and collective level. It’s natural that after months of uncertainty and restrictions, our previous data identified the wellbeing of the town as relatively flat. However, we know movement really can have a major impact when it comes to physical, cognitive, and wellbeing benefits, which is why have been able to demonstrate a meaningful difference by getting the town of Retford moving.”

Every participant who captured a Mind Uplift on the day also helped raise funds for Mind’s vital work across the country, supporting the charity’s commitment to fight for better mental health.

After demonstrating the power movement can have on a community, ASICS is now on a mission to show what it can do for the whole world. Uplift Retford is part of a wider initiative by ASICS which is encouraging everyone to be part of its unique study into the impact of sport and movement on the mind. Open to everyone; the Uplifting Minds study is the first live multi-sport, multi-national study conducted into the impact of exercise on the mind. To be part of the research, people simply need to capture their state of mind, before and after exercise. Everyone who shares their research results in Europe on social media with #UpliftingMinds will also help raise funds for mental health charity Mind.