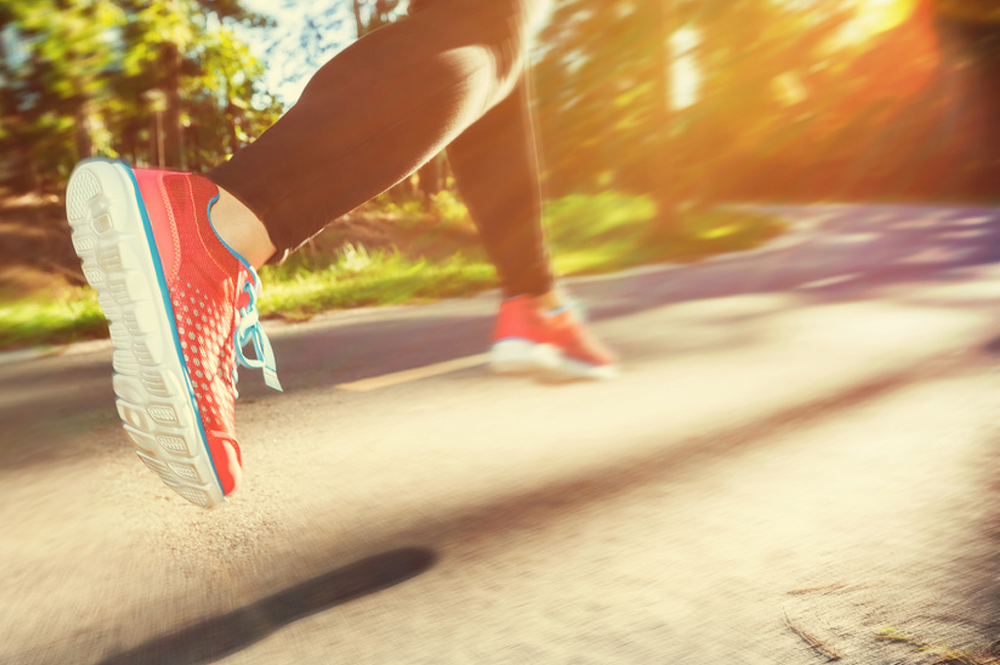 We love a bit of ‘Jeffing’ in the Run Mummy Run community. The Jeff Galloway Run/Walk/Run method is being adopted by many RMRs to help them increase their distance and endurance. (To find out more about Jeffing see our previous blog: What is Jeffing?) We were interested to hear that some of our members had successfully completed marathons by Jeffing them. We got in touch with two of them to bring you their stories and experiences.

I have been running for about 5 years and have found running quite hard going, particularly my first half marathon. However, I enjoyed the Great North Run more as I ran it with my husband who is a steady plodder.

That experience made me think that I needed to change the way I ran. Slow and steady was the way to go but I’m quite competitive and struggled to accept that my times would be slower.

I was successful in the VLM ballot and started looking at various training plans. I stumbled across ‘Jeffing’ on the Run Mummy Run website. Jeff Galloway’s run / walk / run method seemed too good to be true. It said I would finish the race feeling strong and I would enjoy my running, and in the same time as running it all the way.  It also had an emphasis on minimising injury. As good as it sounded it was hard to convince myself that walking wasn’t cheating.

I downloaded Jeff Galloway’s book Marathon – You Can Do It and set about working out my training plan. Jeff is adamant that a first-time marathon runner should never aim for a time specific race. It’s all about completing the distance.

After calculating my Magic Mile I worked out my ratios and began my 26-week training programme. It took a little will to get use to the walking breaks. I’d imagined it would be very stop start but once I got into it I found I seemed to glide in and out of the walk breaks.

Jeffing was changing my outlook on running. There was never a bad run as my training pace was 2 minutes slower than Jeff’s predicted race pace. Every time I went out I felt strong and my long runs just seemed much easier than I had ever imagined.

An added bonus to my legs feeling strong was that psychologically I had no wobbles. I had confidence that the challenge of a marathon was totally doable.

Unfortunately after my 22-mile run I had niggles in my knee. With the weather being so bad I had ended up doing much more road running than I had planned. The increased distance on tarmac had taken its toll and the last 5-6 weeks of marathon training (including my last long run which was scheduled for 24 miles) ended up being a mixture of cross training such as cycling and swimming. I’m blaming the bad running rather than Jeffing for my injured knee!

When race day arrived I was nervous but happy. Although Jeff had suggested not to go for a time I felt I needed a rough idea to help with my pacing. All my training paces were giving me a marathon time of just under 5 hours. Jeff had predicted I could complete the marathon in 4 hours, but I didn’t think I would enjoy it if I aimed for that (plus I didn’t want to feel like I had failed).

After doing some race rehearsal runs testing out the marathon pace I decided to aim for somewhere in between. I had a plan – 5.30 minutes running and 30 seconds walking. I was going to pace myself for a 4hr 30 min marathon.

My aim for the first half of the race was to run at a pace of 10.30 min miles. I had to keep telling myself to keep steady which was hard as everyone around me seemed to be going off so fast. I was disciplined as I believed I would see the benefit as the miles clocked up.

65 mins went by and I had already reached the 10k mark, still hitting my target pace.  2 hours and 17 mins since leaving Blackheath and I had already run a half marathon. I was still feeling fresh so it was now time to pick up my pace.

My aim for the second half of the race was to run 10 minute miles. I was feeling confident in my ability but I still had a long way to go. By mile 19 I started to notice people slowing down around me. I  stuck to my plan and kept pushing on with my new faster pace.

At mile 23 I became aware that the majority of those around me were starting to struggle.

By mile 24 I was still feeling strong. I was keeping my pace and I was playing to the crowd, waving my arms up and down getting the them to call my name. I was chuffed to be feeling so full of energy at this point and I was loving it.

My pace increased as I progressed along the Embankment and I still had enough  in the tank to go faster still. I ran down the Mall as if I’d just run a 5K. I’d done it. I’d completed the Virgin Money London Marathon in 4:28!

I instantly burst into tears knowing that not only had I completed the distance but I had stuck to my game plan.  I’d had the time of my life and I’d shared this special moment with my close friends and family!!

All my race photos show me beaming with pride, punching the air, doing a thumbs up or running with aeroplane arms.  I hadn’t hit a wall. What wall? I was a Jeffer. I was a strong runner and I was proud.

My experience of ‘Jeffing’ a marathon story – Manchester 2016

In January 2015 I was training for my first marathon and ultimately The Outlaw triathlon. I had a 14 week old baby and although I ran and stayed fit throughout my pregnancy, my biggest goal for Brighton marathon was not a time but to complete it without injury.

My PT suggested a run/walk strategy and my initial thought was that if I wasn’t running it all wasn’t it cheating? But it also made sense. As I was breastfeeding,  a run/walk approach enabled me to be self-sufficient.  This was important as I was constantly hungry and thirsty at this stage. For any run over 2 hours I ran with a race vest and ate and drank what I needed during my walk breaks.

The time 15min/1min seemed to work well for me and I ran/walked Brighton in 4:03 without injury.  This year I’m stronger, fitter and faster and some of my goals have changed. I have more faith in what my body can do and I’m more time goal orientated.

I didn’t train as run/walk for Manchester so why did I run it that way? My training went really well until mid February but then I had a nasty cold and it took me ages to pick up again. My long runs became harder and I just couldn’t get further than 18.5miles.

I kept feeling niggles and stopping during the runs worrying about not running far enough or fast enough. The time goal had become really important and I felt I would let people down if I didn’t achieve it.

So the week before Manchester, after all my long runs were complete, I decided that I would run/walk it. Immediately I felt better about the marathon. I’d been to track training sessions once a week and enjoyed the faster/slower intervals. I decided on 8 min run/30 sec walk. I knew how fast I’d have to run/walk and again would be carrying my own fuel.

If you tell people you are going to run/walk a marathon most expect you to be new to running or to not have a time goal. I knew from my experience of Brighton that when you walk people would check you are okay or say ‘keep going’ so I was mentally prepared for this.

Starting in the 3:15-3:30 wave it is hard to stop and walk after 8 mins! It’s busy, everyone is running fast and to find your space to stop and walk without effecting others is hard. I knew I had to stick to my plan though and did that from the start.

I stuck to the edge and used hand signals to warn others I was slowing down. I didn’t see anyone else walking near me at all until around 19 miles when runners were starting to find it tough.  I got a lot of helpful supporters and runners telling me not to give up and to keep going but I was prepared for that.

The reason I chose run/walk was the bitesize goals. I liked not needing to worry about 26.2 miles as a whole, but just the next 8 minutes. If I did a slower time for a particular section I could put it behind me straight away and focus on the next 8 minutes.

It was amazing how much fresher my legs felt after a 30 second speed walk! I stuck very strictly to the run/walk intervals (it was set up on my trusty Garmin) until 35k.  At that point I felt myself slow quite a lot as my legs felt a bit tighter and heavier so I made the decision to run the last bit, a little bit slower but without the break.

I completed Manchester Marathon on 3:30:35. Would I run/walk a marathon again? Absolutely. I’m in no doubt that this method works well for me and I will reach my next goal. But next time I will train my long runs that way as well so hopefully I will feel more positive about it all from the start.